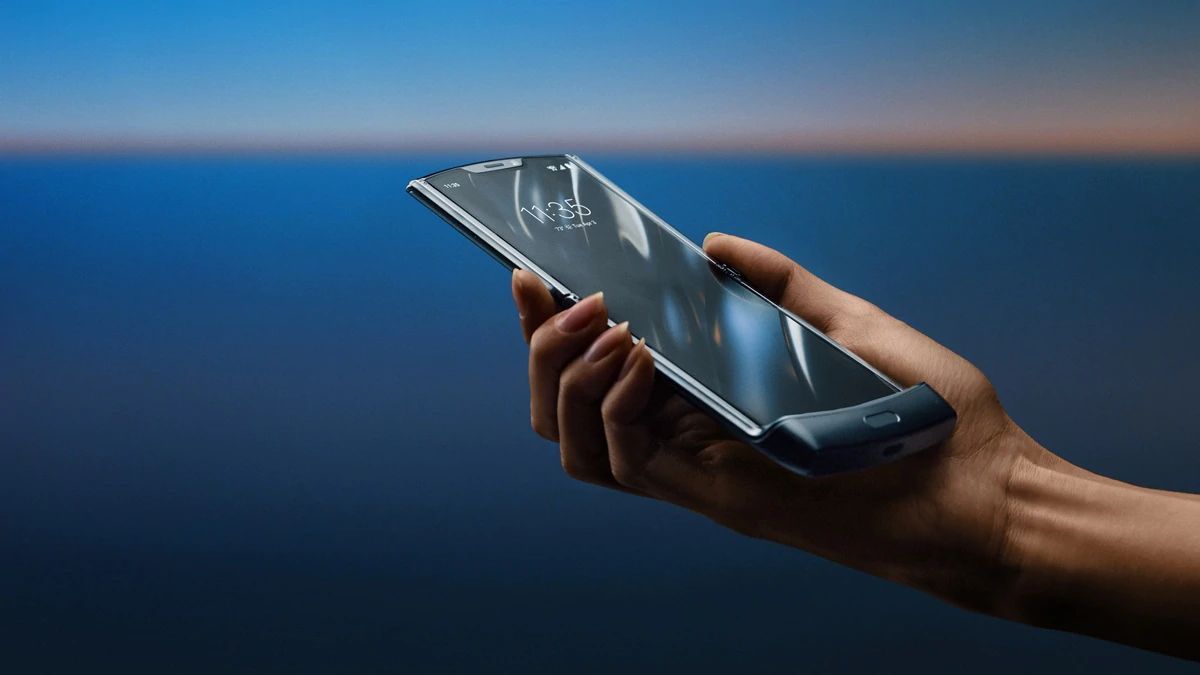 There was a time when Motorola was arguably the most important cellphone maker. Sure, there were larger companies in the game, but Motorola made the cool phones. Of course, this was before the iPhone was ever a thing, but back then, the hottest phone you could buy was the Motorola Razr (or 'razr' as Motorola styles it). It was a slim and stylish flip phone that improved upon the design of maybe the most popular flip phone ever, the StarTac.

Well, on Tuesday, Motorola announced it was bringing back the Razr, with roughly the same form factor, only this time it features a pretty incredible foldable display. In fact, it might be the first foldable-display device that actually makes sense and seems worth the expense. Of course, that's helped by the fact that when it actually goes on sale in January, it'll be at least $500 less than competing models from Samsung or Huawei.

I've been critical of foldable-display technology in the past, mostly because it's hard to see how the benefits outweigh the fact that no one has seemed to figure out how to do it right. Samsung's Galaxy Fold was wrought with problems when it was originally launched, mostly due to the poor design of the screen, hinge, and bezel. Samsung went back and made changes that genuinely made the phone better, but I'm still not sure it's actually worth the $2,000 price tag.

In that regard, the Razr is brilliant. It's a brand people are familiar with (at least those who actually remember the days of flip phones), and still have affection for. That's mostly because the Razr was a status symbol. It was flashy, expensive, and meant to be seen at a time when most cellphones stayed in a purse, or even worse, on a clip on your belt.

The new version definitely intends to attract attention. The design is impeccable, and Motorola has certainly paid attention to the details. Even the box is an extraordinary piece of packaging design in an age when most phones ship in what are essentially cardboard coffins.

The Razr stands up in the box, which includes a window that allows you to view the phone. The box also doubles as a stand, with dot-holes that act as sort of a non-amplified speaker (the stand doesn't charge the device or have power).

What I think is fascinating is that the Razr isn't anything close to the best smartphone on the market. It uses last year's Snapdragon 710 processor. It won't have 5G. It has a relatively underpowered 2510 milliampere-hour battery. It won't even run the newest version of Android.

It only has one camera, a 16MP f/1.7 standard lens on the outside where it sits just above the fingerprint touch sensor. It also has a smaller outside display that provides the time, controls your music, or makes it easier to take selfies.

Still, it's a flagship brand, even if it's not a flagship-caliber device in terms of specs. It's a product focused on design and making a statement, which is what the original Razr was all about.

You're not going to buy the new version because you want the best Android phone available. You buy it because you want people to notice--which used to be why you bought an iPhone. Actually, at $1,500, you're probably not buying one anyway--there is no shortage of much better smartphones for far less. But if you do, it's because someone finally made a foldable-display device that makes sense.

It just also happens to be very cool because it's a Razr.